07:30am – Welcome by your guide at Le Grand Large St Malo and departure by coach to reach Avranches by road.

It was here that the construction of Mont Saint Michel was decided by Bishop Aubert, who received the visit of the Archangel Michael. You will see at Avranches a monument erected at the place where Patton resided, and which recalls the Percée d’Avranches. The square in which it is located has the distinction of being American Territory. Soil and trees were brought there from the United States. 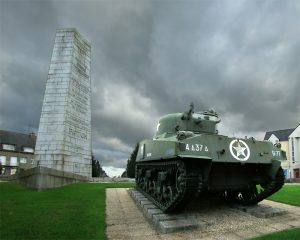 The tour proceeds to Villedieu les Poêles, where the first Order of the Knights of Malta was created in the 12th century. The boiler-making industry moved to Villedieu in the 17th century and today many foundries provide a large number of bells. 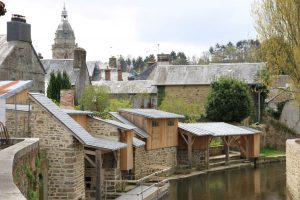 The tour will pass by Bayeux, where William the Conqueror was born, who conquered England and became king. It is the story of his expedition which is narrated by the magnificent medieval tapestry of Queen Mathilde (15th century). The cathedral founded in the 11th century is a wonderful testimony of the Norman Gothic style. Bayeux was the first city liberated during the landing of the Allied forces in June 1944 and was spared by the American air raids. 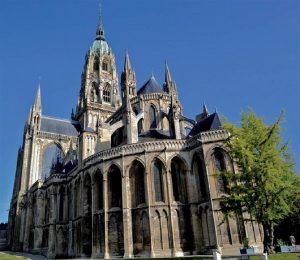 The historical memories that await you at Arromanches are still very present in the minds of many, especially all those who lived in this period. All the ports were particularly defended by the German troops, so it was necessary to land on sandy coasts. This made a British officer say: “If we want to land, we must bring our ports with us.” This gigantic operation was prepared from January 1944 and concentrated 350,000 men in Great Britain to carry out the necessary work for the manufacture of special equipment. On June 6, the offensive was launched with 4,266 boats, plus hundreds of warships. It is at Arromanches that it is planned to build the artificial port essential to the continuation of the operations, with a daily transit of material up to 9,000 tonne. 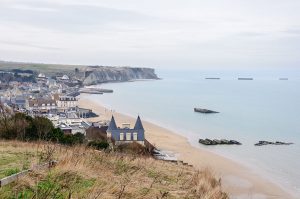 Visit to the D-Day Landing Museum, especially devoted to the longest day, and presenting models, plans and projections that will allow you to follow the progress of this historic day. 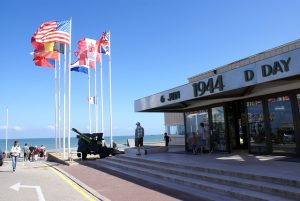 The tour continues to the cemetery of St Laurent

Inaugurated in 1956, the Colleville / Saint-Laurent-sur-Mer cemetery dominates the beaches of Omaha Beach. Emotion dominates the visitor in front of the great central perspective, the Memorial decorated with the immense map of the battle, the “Garden of the Disappeared”, in which are inscribed the names of 1,557 missing soldiers and the ten squares perfectly aligned, Home to 9,386 American soldiers, including 4 women. At the entrance to the cemetery, a capsule dedicated to General Eisenhower was sealed on June 6, 1969, containing reports of the D-Day fights.

The tour will pass through various beaches, witnesses of the fights, such as Omaha Beach and Utah Beach. Pointe du Hoc was very marked by these hard fights and a commemorative stele was erected there.

Often written as the Parisian name Pointe du Hoe in the official documents of the army. Above all, Pointe du Hoc is known for the assault of the rangers of the American army in June 6, 1944. 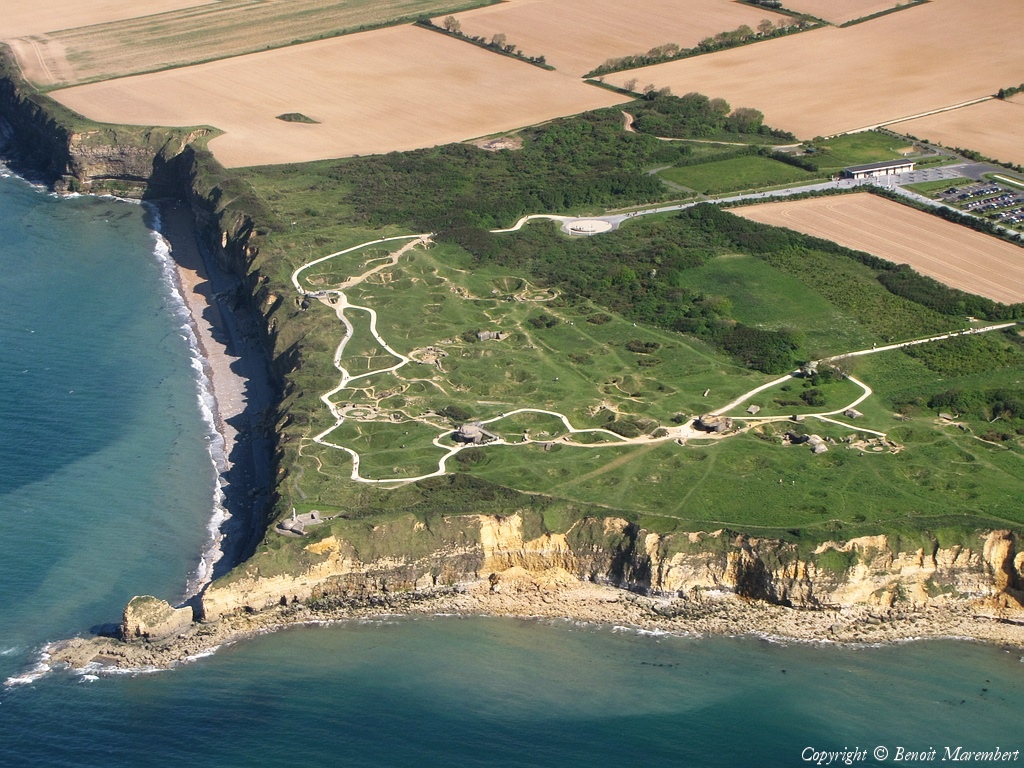 Grandcamp is a quiet village on the Normandy Coast and an active fishing port, located between the landing beaches, Omaha Beach and Utah Beach. Close to Pointe du Hoc, Grandcamp was adopted by the Rangers after the Second World War as their “home away from home”. 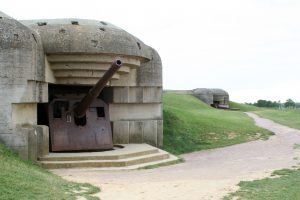 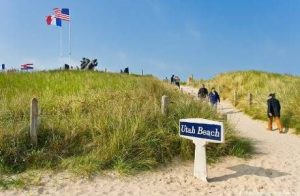 It remains marked by the history of the battle of Normandy and more precisely by the landing of Normandy. With Utah Beach, Sainte-Mère Eglise was one of the two aerial landing areas. Indeed, the allied forces of the 82nd and 101st Airborne disembark around Sainte-Mère-Eglise on 6 June 1944. 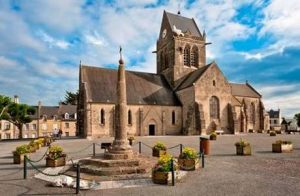 Departure back to Saint-Malo by Avranches